Subalpine Warbler - June 8th, 2013. A Goodie at last! It's been a long hard spring on the Orme with not many migrants and only a few expected goodies turning up - Dotterel, Firecrest and Lapland Bunting. I was about to give up for the summer to be honest, however yesterday's Paddyfield Warbler on Bardsey gave me the boost for one last push on the headland.

The morning started well with a nice singing male Whinchat in the cemetery and a couple of Willow Warblers that looked new arrivals; things were looking up. I walked along the wall towards the limestones, checking the bushes as I went. A nice Goldcrest was an unusual June migrant and again gave me some hope that migration wasn't over. As I approached the main patch of hawthorns a small grey warbler flew into a hawthorn and immediately flew out and back along the wall from where I had come from. The brief view was enough to excite me and I retraced my steps. The Goldcrest was still present and I decided to attract it closer with a bit of pishing. What happened next, I didn't expect. A head popped out of the nearest hawthorn.........Subalpine warbler!

Luckily Pete Alderson was in the cemetery so I phoned him. I didn't actually see the bird again in the next 20 minutes as I waited for him to arrive. And as I had only seen the head, I started to doubt myself. I'm sure the bird uttered a quiet but harsh 'teck' sound from deep within the bush so was confident it was still there.

Pete arrived and after a short wait, the bird performed well and a few pics were obtained. Rob Sandham then jogged up the path and the bird showed well to the four of us present.

This is the first record for the Great Orme, and the third for the county of Conwy. The other two were in a Llandudno garden in May 2000, while the other was in Penmaenmawr, also in May 2000. Just six have been recorded in North Wales outside of Bardsey, which holds the monopoly on the species with an incredible 26 records! Surely the best site in the UK to see this species. This bird, follows hot on the heels of the popular Uwchmynydd male in April of this year.

Just goes to show, even when you feel like giving up, the good one might be around that next corner. 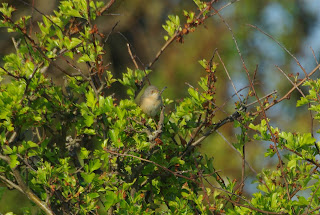 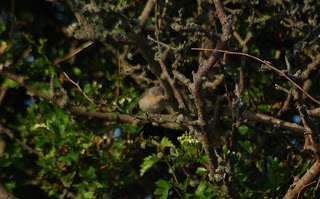 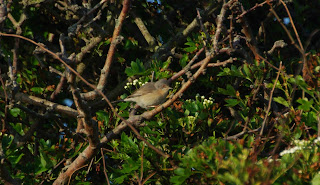 Spring is not over yet - June 2nd, 2013 A few bits and pieces are still on the move, and hope is not all; lost yet of a goodie or two before the spring is out. The last few days have seen a good arrival of Spotted Flycatchers on the end of the Lleyn and on Bardsey. On Friday morning, I had 40+ birds around the Aberdaron headland early morning along with 2 Whinchat and 4 Lesser Whitethroats. Bardsey had a similar number of birds on the island as well as a nice singing 1st summer male Common Rosefinch.

Back to the Great Orme this monring and a new bird for the year came in the form of a smart Hooded Crow in the Sheep fields. The bird, which looks every bit the real deal, is associating with a group of nine or ten Carrion Crows and seems to be frequenting the fence posts in the centre of the fields. It was also seen near the cairn. Two groups of Crossbills moved west early morning with one flock of 18 and another of 7  including some singing males! Very strange hgearing them sing in flight as they flew over.
Finally a smart female type Yellow Wagtail was on the limestone pavements, associating with some 5 Wheatears.

Still time for the biggie :-) 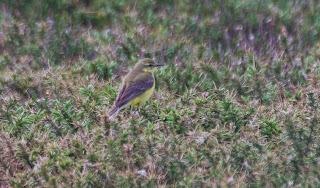 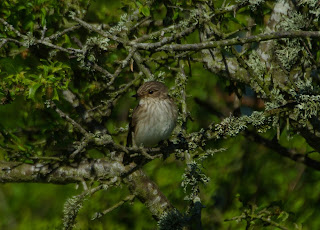 An arrival 40+ Spotted Flycatchers on the Lleyn on Friday was cool, however it was eclipsed by the 1000+ that arrived at Portland Bill the following morning!! 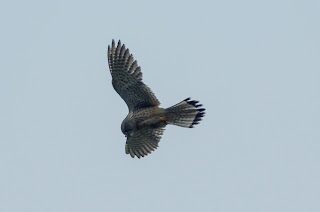 ﻿Plenty of local birds on show on the Great Orme at the moment, including Kestrels, Stonechats, Peregrines, Black Guillemots, Chough, Ravens and Wheatears.
Up close and personal with a Dotterel - June 25th, 2013 I was up with the sunrise this morning on the Great Orme - stunning! Almost immediately after arriving I stumbled upon a point blank range Dotterel on the limestones. It was still there at 9.45am at least and looked settled.

A fine female type Common Redpoll flew into the hawthorns, part of a movement of 70+ Lesser Redpoll (of which a few others could have been Common too). Three Stock Dove were a patch year tick for me, which Great Spotted Woodpecker, Tree Pipit, a few Siskins and 10 Wheatears were also migrants. 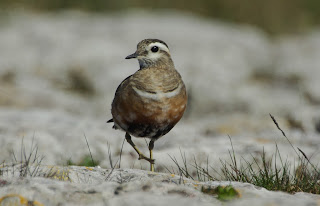 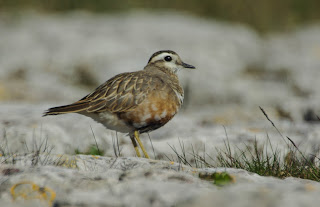 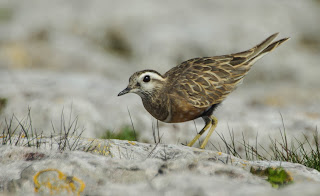 This fine male Dotterel was quite a late migrant for the Orme with most passing through in April and early May. I almost stood on it before I spotted it and then enjoyed lying in the grass while it ran around me. 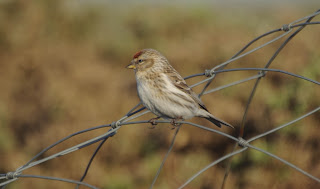 Redpolls on the move today, mostly nice Lessers like this one. However, one fine Common Redpoll alighted briefly in the Hawthorns revelaing all the features needed to clinch it. 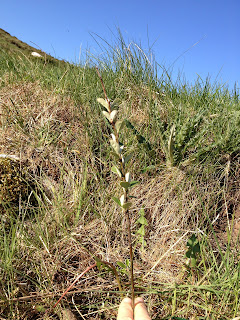 The Orme Berry (Cotoneaster Cambricus)- the only place in the world to find this rare plant. I found a few this morning whilst mooching around. Hen Harrier - May 18th, 2013 A ringtail Hen Harrier was the highlight this morning on the Orme. The bird appeared over the reservoir area from the SW and continued on gaining height to the NE, disappearing to view over the wind turbines. The first I've seen here for over two years. A Spotted Flycatcher was at the back of the cemetery and Pete Alderson had a male Whinchat below the summit.
Migrants this week have included Yellow Wagtails, up to four different Whinchats, max counts of 7 Tree Sparrow and a few Sedge Warblers amongst the usual migrants.
The feathers below were found and look like the sad end to a poor migrating Wheatear. 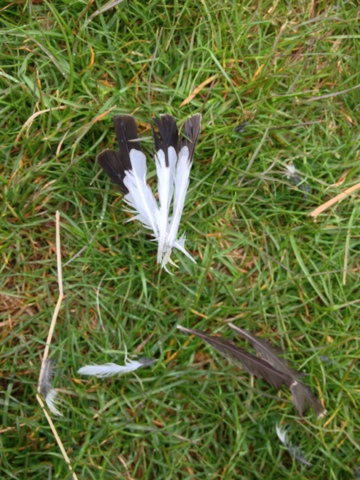 On May 19th, Pete Alderson and Alan Davies scored with a superb Marsh Harrier that flew north over the limestone pavement - a good record for the Orme.
Posted by Unknown at 13:35 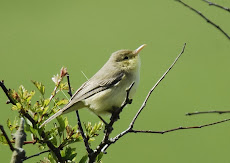